The last few years have been a roller coaster ride of events for fans of the Valentine's Day candy conversation hearts, SweetHearts. In July of 2018 Necco, the original producers of the SweetHearts, halted production after filing for bankruptcy. Maybe you didn't even notice since Brach's also makes a variety of conversation hearts, so the candy heart option was still available last year. The rights to SweetHearts, and other Necco products, were eventually bought by Spangler Candy and production has once again begun on SweetHearts conversation hearts. The bad news is that you're going to be a having a lot of blank conversations. Maybe this version of the candy is more realistic to life: full of awkward silence and unintelligible mumbling. 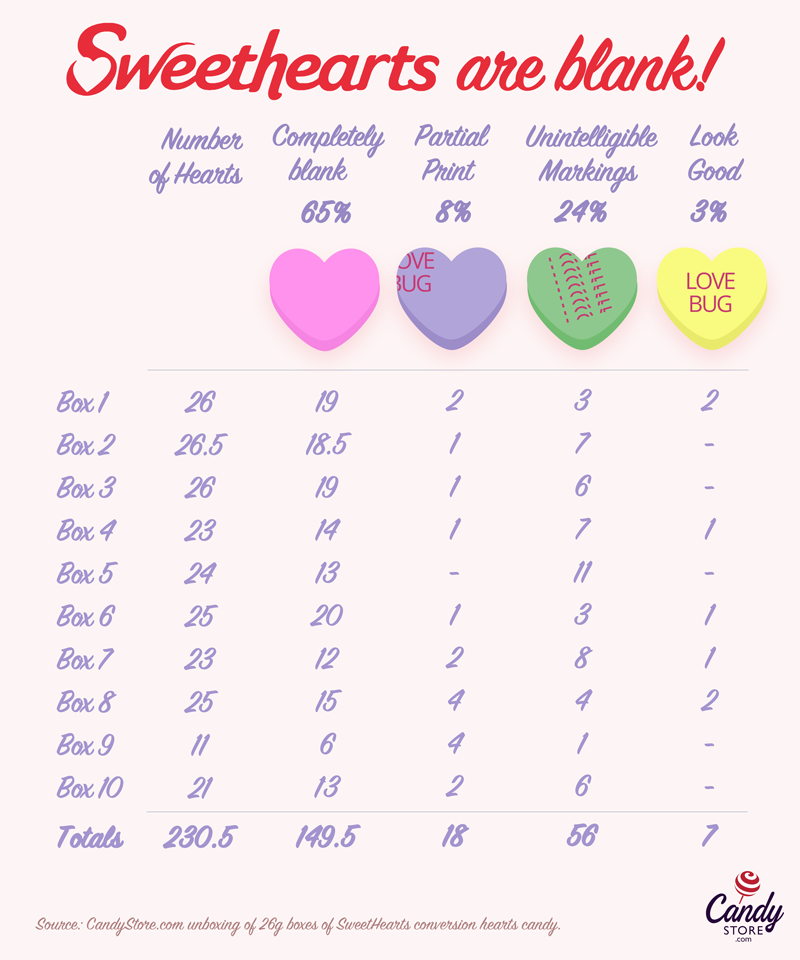 CandyStore opened up 10 boxes of the new SweetHearts to see what great words the candies held and they found that 65 percent of the hearts were speechless. 24 percent of them had unintelligible markings and eight percent had partial print. Only three percent of the candies had actual full conversation sayings on them. CandyStore reports that the issues stem from obvious production issues and that those issues will also impact the amount of hearts produced this year.

The new SweetHearts will be made using the original recipe from 1902 and include the flavors wintergreen and banana. Spangler says the number of 'silent hearts' is due to their new printer being damaged during shipment.