Two of the most popular actors currently working are teaming up for a campaign that allows fans the opportunity to win a virtual chat session with both of them together. One of the actors involved is an Idaho native.

Aaron Paul and Bryan Cranston are a familiar duo. They both starred in the hit series “Breaking Bad,” which to date is still one of the highest rated Netflix series of all time. The show won 16 Emmy Awards, and included more than 60 episodes which aired between 2008 and 2013.

Aaron Paul is no stranger to Idaho. He grew up and attended high school in Emmet, Idaho, located 160 miles northwest of Twin Falls. Paul visits the area often, and even hosts personal gatherings for fans in Idaho from time to time. Both Hollywood icons have teamed up in the name of the American Civil Liberties Union (ACLU).

A hilarious, three-minute video was shared on March 10, 2021, where the two sling jokes at one another while informing the public about the opportunity. Fans can currently enter for the virtual “happy hour” by clicking this link. The fundraising contest is going on until May 21, 2021. The winner will be contacted in early-June.

Omaze, a non-profit that partners with various charities nationwide, is actively involved  in the campaign. Omaze regularly teams up with celebrities for these types of causes, including a current effort that allows Morgan Freeman fans the chance to prank call friends with the famous actor on the line.

CHECK IT OUT: The Best Movie Character Names of the 1980s

Best of the Web 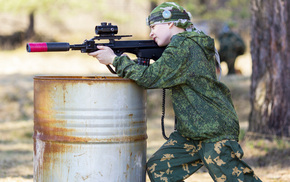 Welcome back to 98.3 The Snake

It appears that you already have an account created within our VIP network of sites on . To keep your personal information safe, we need to verify that it's really you. To activate your account, please confirm your password. When you have confirmed your password, you will be able to log in through Facebook on both sites.

Welcome back to 98.3 The Snake

It appears that you already have an account on this site associated with . To connect your existing account just click on the account activation button below. You will maintain your existing VIP profile. After you do this, you will be able to always log in to http://983thesnake.com using your original account information.

Please fill out the information below to help us provide you a better experience.